In a company, most of the value is immaterial: intangible assets (knowledge, affection, processes,…).

In a human being, most of the value is hidden: attitude, talent, knowledge, relations.

In a country, most of the value is hidden too: happyness (or depression), creativity,…

In a football match, most of the value is invisible: atmosphere, passion, joy or disappointment. Non material.

In our society and economy too, most of the important things are happening in the shadow, hidden from your eyes – but they do very concretely impact your life.

But now you deserve to know what’s going on.

1. Collective consciousness raises rapidly. Terms like “sustainable development”, “responsible leadership”, “ethics”, “authenticity and alignment” or “coherence” were not even in the vocabulary of leaders 10 years ago. Now even teenagers and illiterates know what is is, how it all is impacting their lives, what is our place and responsibility. Shit will hit the fan in 5 minutes now thanks to the web and to invisible networks of knowledge. Good news and important innovations too. 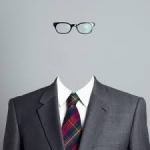 2. Leaders start to understand true issues. Politics, economists, captains of industry, scientists, unions, UN, Nato, EU commissioners, administrations, religious, etc. They are not all bad people …   The lies, cheating, global manipulation, corporate power, banking scams are now floating at the surface, visible for everyone. The masses start to understand all this, become literate about global issues. Their leaders are being challenged. Impossible to ignore. They too were also kept into these lies by hierachy. Now they realize that they also have a responsibility to solve the global mess that they contributed to create. Or they do, or they burnout, or they die.

3. A rizing tsunami of generation Z. They learn fast, very fast, are totally interconnected, were born into the crisis, and… already have the antidotes for it. They are conscious, aware of the mess, and are refusing to enter into the giant people-crushing machine. They are refusing the “heritage” we leave behind. Because there are more liabilities than assets. They will refuse to run big corp, banks, refuse to buy their lies and stories. So the war of talent will turn into a panic of survival, followed by a collapse. These kids are doing much better with much less, are developing apps to do things big corp were well paid to do so. It’s the end of an era.

4. New hidden secret technology and wisdom is emerging everywhere on the planet. Clean energy, new resources, human powers, new economy models, new currencies, emerge all over. They have been around, but their “carriers” have been very often killed, imprisoned, isolated, ridiculed by “the powerful of yesterday”. Now this knowledge is channelled by humble people, young people. They do not belong to anybody, and even if “they” want to kill them, it’s too late because 1 head cut makes 7 new ones grow. And beware… only humble people will be able to handle that. Open source, sharing, serving common good. If you want to grow your ego or personal wealth with this it’s going to be taken away from you. No new paradigm with old behaviour.

5. The “antibodies of the earth” are awakening. The earth and its nature is a big living being. It has – like any other living being – antibodies and an immune system. The latter are now awakening and collectively preparing to evacuate toxic elements and bacteria. These are the selfish people not caring for their biotope, industries, for other living being and people, which destroy biodiversity. Also organisations which work against nature and not with nature’s logic. Within a few years, they will be removed from the planet.

6. The “powerful of yesterday” are negociating secret deals to step back without being killed. Imagine when “the big one” is going to hit the people, and they will realize that it’s all directly caused by their greed, avidity of power, their ego ! They will be raided and killed by the masses. In their homes, cars, offices or yachts. So now little by little they step back and leave place for responsible leaders, who are ready to take on the steering wheels.

So get ready for change !